Celebrating and Remembering Surrender – From My Heart 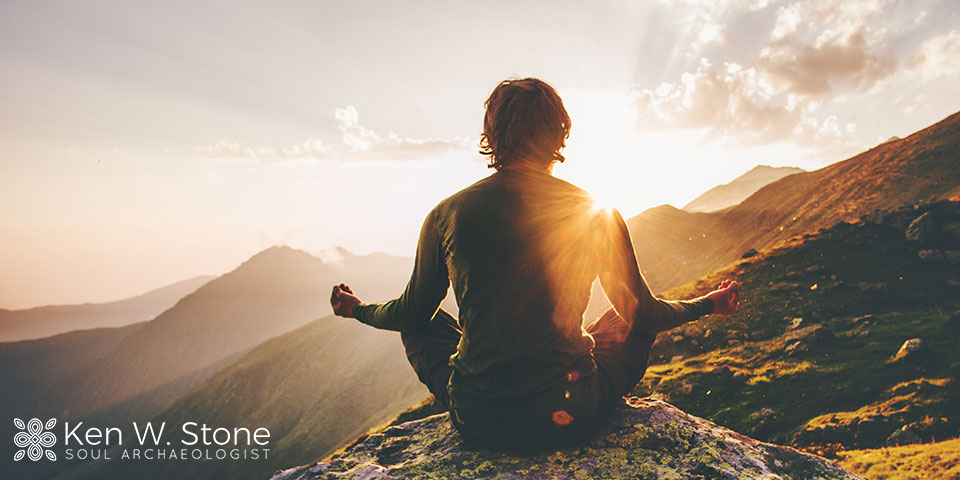 Today is an especially meaningful anniversary in my spiritual journey. It’s the 7th anniversary of when I first completely surrendered to the Divine. June 30th, 2011 — the day when everything changed.

I’ve been thinking about this all week leading up to today — and there are three major themes to the last seven years (they’re true about the last year too):

I think every moment is equally sacred.

And there’s something quite profound about what has embodied and integrated in my consciousness in the period around the June Solstice. And then again around the September Equinox.

June 2007 — I’m just realizing as I’m writing this to you — I put my hands on Amy’s head for the first time when she had a headache — and it went away. Never remembered that … until right now. At the time, I just thought it was a function of loving her.

September of 2007 — I attend my first in person meditation retreat — and at the closing meditation, Lin David Martin writes on a piece of paper: “you should be working as a healer” and my entire life begins to shift in ways I couldn’t fully comprehend for a long time to come (perhaps I still don’t fully comprehend).

June 2010 — I started asking God: What will I teach? Can you give me a process? Something? To this point I had been doing session work and extraordinary things were unfolding in session — but there were no words, no description — just silence. I felt called to begin making my living sharing my spiritual gifts — and I thought I needed a process. I was thinking a process for physical healing, a process of mental or emotional healing, a process for healing relationships, money, etc. etc.

September 2010 — I received the Beneath the Sand Download. Not many processes, one. The outcome: an experience of wholeness on every level — inside and out.

I recounting to a friend earlier this week how one of the first people I took through Beneath the Sand was a man who had been a mortgage client of mine. Then had been deployed overseas into multiple war zones. He came back with complex PTSD and was really struggling on the physical, emotional, relational levels and with his business. He asked a friend for a suggestion — and his friend happened to know me and suggested he call me. He called me wondering if he was being pranked. We decided to work together. Three sessions later, all his PTSD symptoms were gone. Not just his body — not just his mind — on every level of his being and life. I was blown away. He was in absolute shock (the good kind).

September of 2011 — first public talk — spontaneously sponsored by a local friend who is also a spiritual promoter — who has worked with Deepak, Doreen Virtue, Michael Bernard Beckwith, Joe Dispenza, don Miguel Ruiz — and many other extraordinary Spiritual Messengers. And with this comes real traction in my business. I went from being on the verge of homelessness in August of 2011 to covering expenses in October — to “breakthrough” income in January 2012.

June 2016 — I began to really dig into the inner struggle between what previously had been a call of my Separate Self to grow my business and serve a larger audience — and the clear call of my Whole Self to sink in, inside and resonate with the Divine. I’m working with a very good friend of mine on all of this … it becomes clear that the tension was an artifact of my now integrated Separate Self — and that it’s all Divine Resonance. What was an OR all the sudden becomes an AND — not just on the topic at hand — with everything … and all the sudden I’m having an experience of Embodied Union for the first time in my life.

September of 2016 — The Resonance Experiment is born.

June of 2018 — just yesterday … I’m once again working on some big inner stuff once again with my good friend’s support. It starts out as some things that are up for me to work through around being supported by a team — that leads to how I’ve been focusing my time – what I’m capable of in my fully embodied expression … and all the sudden lifetimes (not one or two — tens of thousands — possibly 100,000 or more years of lifetimes) of unresolved charge that’s been queuing for transmutation in subtle and obvious ways breaks free — is transmuted and the embodiment and integration that follow still have me internally and externally blinking, in awe and wonder.

September of 2018 — my calendar says we’re going to do another Resonance Experiment. I wonder what will unfold as we move further into this quarter and through the close of the year?!!

Every day is sacred and contains within it the Divine fractal that is expressing itself in, through and as you and everyone on this planet (indeed — in, through and as every spec of consciousness whether we see it as sentient or non-sentient). It’s the work we do every day of transmuting the dissonance that is coming up for attention, integrating the Separate Self as more of us comes home for full expression, sinking deeper into the visceral experience of wholeness, and of course: surrender — it’s in these sacred explorations in every moment of every day that lead to the big breakthrough moments. When others witness these moments, they can appear extraordinary — like a miracle that just blossomed for no reason.

But we know, they happened one day at a time. One foot in front of the other. One breath at a time. Even when there appears to be a significant correlation to certain moments or times of year or places. Correlation does not necessarily mean causation.

And one of the most powerful gateways to this experience of Resonance is Surrender. Today I’m celebrating and remembering the role of Surrender in my journey.

It’s an honor to walk with you and share a bit From My Heart … thanks for reading.

Further Into the Mystery — All the More Extraordinary with You!